Railroads of Massachusetts, like most of the Northeast are defined by mountainous, stiff grades, and coastal operations. Although the Bay State has never had more than a few thousand miles of railroad it is the first to have a railroad operating within its borders, dating back to before the Baltimore & Ohio Railroad was chartered. While this early railroad did not initially use anything more than horse and gravity for power it successfully carried on in its original capacity for more than a century. Railroads in New England enjoy a rich history and are recognized as the first placed into service anywhere in the United States. Over time, the state was blanketed with rail lines serving its largest cities and important manufacturing centers.

Additionally, Massachusetts boasted a number of the Northeast's 'classic' lines because of Boston and its importance in both freight and passenger traffic. Today, Massachusetts is home to one operating Class I railroad, two important regionals (Class IIs), a number of short lines, and Amtrak's very busy Northeast Corridor (NEC), which terminates in Boston (this part of the NEC was originally constructed and owned by the New York, New Haven & Hartford).

A New York Central freight train, led by FA-2 #1077, departs Beacon Park Yard in Allston, Massachusetts (Boston) over the Boston & Albany on August 8, 1955. This terminal was vacated by CSX in 2013 and the property subsequently acquired by Harvard University.

Massachusetts railroads date all of the way back to 1826 when the Granite Railway was chartered on March 4th of that year. While not the first common-carrier railroad in the United States (which belongs to the B&O) the Granite Railway is distinguished as the first commercial railroad to develop into such without ever being closed or going bankrupt. This little railroad was designed by Gridley Bryant and initially built to move granite (hence its name) for the Bunker Hill Monument, hauling the stone from Quincy to the Neponset River at Milton. At just three miles in length and using a five-foot gauge it began operations the same year it was chartered on October 7th using horses to pull the carts of stone. Four years later in 1830 an addition was added using an incline railway system.

A New Haven RS3 soldiers on in service at the coach yards in South Boston on September 22, 1968. Roger Puta photo.

Amazingly, this little railroad remained in use until the early 1940s. Today, the Granite Railway is partially preserved with the incline as part of the National Register of Historic Places and over two miles of the original right-of-way is now a rail/trail. In the succeeding years following the Granite Railway's opening, Massachusetts would boast several of the Northeast's most well known railroads, most of which built into the Bay State to reach the burgeoning port city of Boston.

Today's Massachusetts railroad network is operated by Class I, CSX Transportation (of note, CSX also operates the original Western Railroad alignment, a later Boston & Albany predecessor which was so well constructed that almost all of it remains in constant use today, 171 years after it was originally built!), regionals Pan Am Railways and Providence & Worcester, and a number of other shortline railroads. These include the Bay Colony Railroad, East Brookfield & Spencer Railroad, Fore River Railroad, Grafton & Upton Railroad, New England Central Railroad, Pioneer Valley Railroad, Housatonic Railroad, Massachusetts Coastal Railroad, and the Massachusetts Central Railroad.

* Massachusetts was home to the first railroad actually put into service in the United States, the small Granite Railway which opened 3 miles in 1826. It was purpose was singular, to transport granite between Quincy and the Neponset River at Milton to build the Bunker Hill Monument (completed in 1843). The system, which initially utilized horses, proved successful and remained in use after the monument's completion. It was later acquired by the Colony & Newport Railway which itself wound up as part of the New York, New Haven & Hartford.

All together, these railroads along with Amtrak and the MBTA operate just over 1,000 miles of track throughout the state although during the industry's 'Golden Age' Massachusetts boasted just over 2,100 miles. Since the 1920s the state has seen its rail network decline by 49%, which, while a staggering amount is actually about average for most states. In any event, for a more detailed look at Massachusetts in terms of route mileage over the years please have a look at the chart above. Passenger trains today continue to be an important part of the Massachusetts rail system with the ex-New Haven Railroad main line to Boston serving as Amtrak's Northeast Corridor (Massachusetts is also home to longest stretch of high-speed rail in the U.S., totaling 10.5 miles at 150 mph). Amtrak trains such as the Vermonter, and Downeasters also serve the Bay State.

Passenger and freight operations aside, Massachusetts is also home to a number of railroad museums and excursion trains, like the very popular Cape Cod Central Railroad. Others include the Berkshire Scenic Railway Museum, Cape Cod Central Railroad, Chatham Railroad Museum, Edaville Railroad, Lowell National Historical Park, Old Colony & Fall River Railroad Museum, Shelburne Falls Trolley Museum, and the Walker Transportation Collection. So, whether you are interested in high-speed passenger trains or bucolic local shortline railroads, Massachusetts offers a bit of everything. And, if you tire of that then be sure and stop by one of the state's many railroad museums to learn more about its history.

“Of all the forms of inequality, injustice in health ( care) is the most shocking and inhumane.” Martin Luther King Jr.
The irony of Dr. Susan Moore’s video shocked us. In advocating for herself, she advocated for others as her last act of service. The Association of Black Women Physicians (ABWP), the longest continuously operating professional association of Black women physicians in the US, extends our heartfelt condolences to her loved ones.
We agree with Dr. Aletha Maybek, “If a physician can’t be heard by her own peers to save her life, then who will listen?” Dr. Moore’s credentials and experience as a physician did not help her as she repeatedly advocated for herself up until her demise. Dr. Moore’s death will be another disproportionate statistic in the COVID Pandemic that egregiously displays healthcare inequities in our broken system.
As physicians familiar with COVID-19 treatment, we challenge the notion that she received technically excellent care.
The need for accountability by the Indiana healthcare system and the larger medical community, in the death of Dr. Moore is a given. Failure to investigate the circumstances surrounding Dr. Moore’s care and put forth corrective anti-racist action sends a message that her mistreatment and subsequent death is inconsequential.
Because this is the second hospital death of a Black physician in less than 90 days, we call for mandated patient advocacy, anti-racist policies, accountability, leadership and funding to ensure success of these initiatives.
We charge Insurance Commissioner Stephen W. Robertson to implement emergency regulations defining 30-day pneumonia readmissions as a quality of care problem, and maternal deaths as a never event, permitting health plans and the Department of Health to aggressively investigate. Indiana’s maternal mortality rate is two times greater than the national average. Poor healthcare quality is costly and affects all of us. The Indiana Department of Insurance and the Indiana State Department of Health must collaborate to develop financial sanctions to ensure equitable outcomes. If lacking this authority, we ask Governor Eric Holcomb to call for a special legislative session to enact necessary reform and rulemaking.

For interviews or additional information, please contact [email protected]
www.blackwomenphysicians.org
We, The Association of Black Women Physicians continue to move forward in our advocacy for the lives of Black Women. We are fighting two Pandemics: Racism and COVID-19. The killing of George Floyd, Ahmad Aubrey and Breonna Taylor remind us that systemic racism and implicit bias are as lethal as diseases that affect our communities. As physicians on the front lines of these two pandemics we recognize that our work continues on outside of the exam room.

Breonna Taylor was not the subject of any criminal inquiry when she was shot six times in a botched raid. No hostage was saved. No mass murderer was apprehended. A drug case merited jeopardizing Breonna and her neighbors’ lives.

She and her family did not receive justice. Black women deserve more. We need accountability for the decision to execute a no-knock warrant. Breonna Taylor deserved the presumption of innocence and concern for her future. Released jail recordings show the subject of the investigation admitted having no contact with Breonna. We have had enough of the lack of accountability and consequences for those that continue to murder Black bodies. We applaud the changes in the warrant approval and oversight process but grieve these changes arose from the death of an innocent sister.

The Association of Black Women Physician condemns the injustice of our criminal justice system that does not hold officers accountable. We call for police reform. We call for an end of structural racism. We call for implicit bias training in the medical and justice system. We encourage government officials to continue to their part to build a more equitable system for all. Now is the time to be intentional. 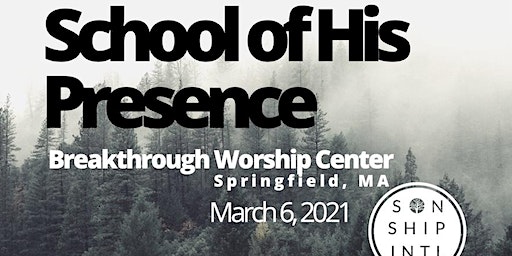 As COVID-19 (coronavirus) continues to spread within the U.S., we want you to know we salute you for being on the front lines. Courageous ABWP heroes are treating patients, developing policies and making pivotal decisions during this Global pandemic.
The Senate and the House of Representatives have now passed the Families First Coronavirus Response Act. This bill is a good first response to a pandemic which threatens the communities we serve. Because of racial inequities, the effects of the outbreak will be compounded in communities of Color. ABWP will continue its advocacy work.
The Association of Black Women Physicians is an organized network of Black women physicians committed to the improvement of public health and welfare, through the advancement of knowledge concerning women and the community health. We endeavor to enhance the personal and professional quality of life of present and future Black women physicians.The Association of Black Women Physicians empowers Black Women to lead in health and wellness for ourselves and the community through premiere educational programs. The organization creates and supports numerous community health and wellness events that continue the tradition and goals set forth by the original charter members.